Popular 2-hour TTC transfers for St. Clair will be cut thanks to new streetcar

Since 2005, riders have been able to travel in any direction along the line for 2 hours 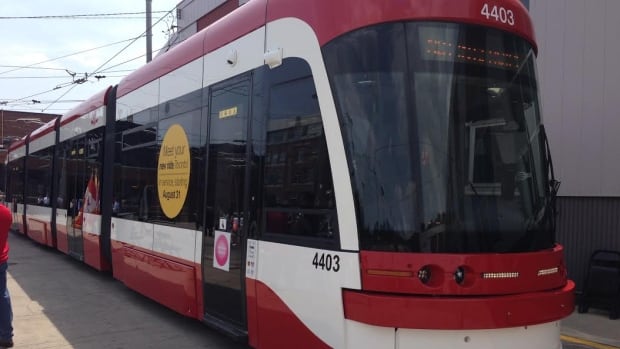 Now that the new Bombardier Flexity vehicles have come to the St. Clair 512 streetcar route, the time-based transfer pilot project on line route is coming to an end. The TTC says it’s because operators on the new vehicles don’t hand out or monitor transfers. (Susan Goodspeed/CBC)

Ramna Shahzad is a multi-media associate producer in the CBC Toronto newsroom. She began working at CBC News in 2015 as a Joan Donaldson Scholar. Born in Karachi, Pakistan, she now calls Toronto home and writes about everything from transit and city hall to baby animal births at the zoo

While some TTC riders were eagerly anticipating the launch of Bombardier’s new streetcars on St. Clair Avenue this week, the state-of-the-art vehicles will mean cutting the popular two-hour transfers.

Since 2005, passengers on the St. Clair 512 streetcar line have been able to hop on or off as many times as they wanted — and yet only pay once — until expiry time. The project began as a test to see if the time-based transfers were something the TTC could roll out across its entire system. 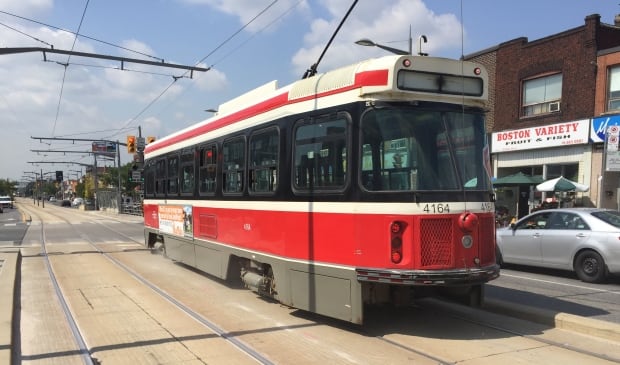 Since 2005, the TTC has offered time-based transfers, which allowed people to hop on and off the 512 St. Clair streetcar in either direction for a couple of hours. (Paul Smith/ CBC News)

But because the operators on the new streetcars sit in a cab that’s separated from the vehicle, they will no longer hand out paper transfers or check the expiry times, the TTC says.

Those who became used to the convenience of the two-hour transfers, however, are lamenting the loss.

“For a person who lives in the neighbourhood, it was a privilege to be able to use it for the time instead of paying, because I could make quick stops with my son, for example, to and from school — or from work and coming home,” said Nick Fioru. 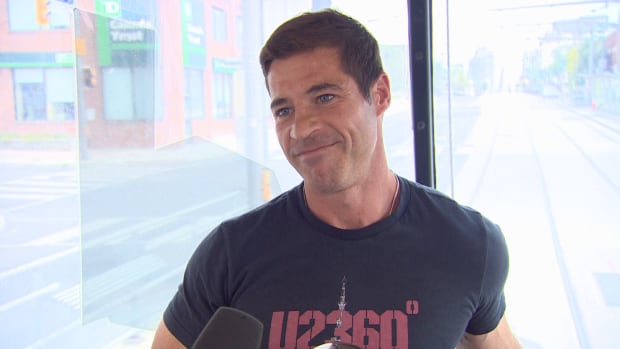 Nick Fioru says it was a privilege to be able to use the time-based transfer on the 512 streetcar route, because he could make quick stops with his son to and from school. (Paul Smith/ CBC News)

Katherine Grezos manages Mabel’s Bakery on St. Clair Avenue West and says the end of the two-hour transfers will have a negative effect on the foot traffic, business and tourism of the area.

“St. Clair is such a long stretch with many different places to go,” she said. “Going from one end to another is something people do, and they do take advantage of that time-based transfer. It’s definitely something that benefits small businesses in the area.” 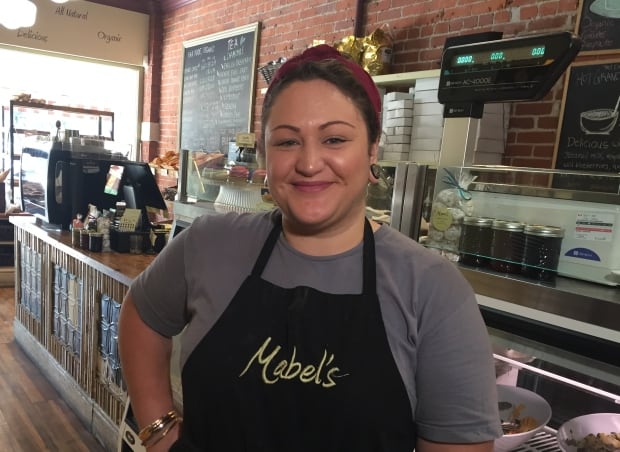 Katherine Grezos, the manager of Mabel’s Bakery, says she expects foot traffic to slow down in the area with the pilot project coming to an end. (Paul Smith/ CBC News)

TTC on board but needs funding

There are many reasons the TTC also likes the idea of time-based transfers, spokesperson Brad Ross said.

They “encourage ridership growth, encourage people to shop. They’re good for local economy. There are all sorts of positives,” he said.

“The one negative though is a big one — the cost.”

“TTC is, as everybody is probably aware, constrained with funding,” he said. “There are limited resources and $20 million is a lot of money when there is other service that could be added elsewhere.” 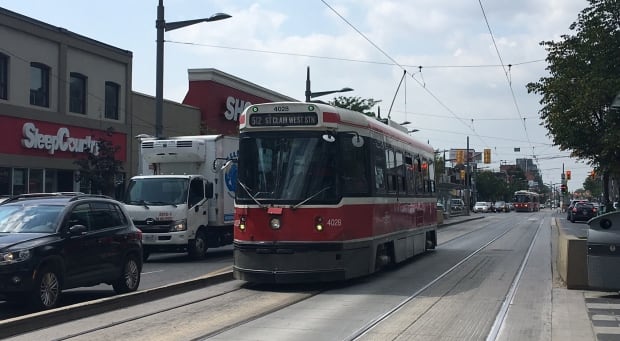 The TTC says the implementation of time-based transfers across the network comes with a $20 million price tag. (Shannon Martin/ CBC News)

TTCRiders, a group representing the interests of transit riders in Toronto, advocates expanding the time-based transfer across the entire network.

“It’s a very rider-friendly method of payment. It allows transit riders like myself to catch the TTC and get off to buy a coffee do some shopping pick up my kids and get back on again,” said Jessica Bell, the executive director of TTCRiders. “It really makes it easier for people to integrate public transit into their busy lives.” 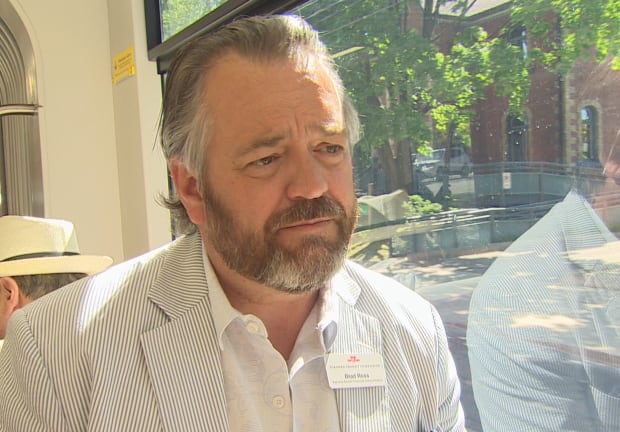 Brad Ross, TTC spokesperson, says the agency had no choice but to pull the plug on the pilot project since the new streetcars aren’t equipped with paper transfers. (CBC)

Bell says the majority of other transit systems in the GTA have been able to incorporate the two-hour time-based transfer and integrate it with ease in the rollout of the Presto card, while Toronto lags behind.

“We know it’s so popular for riders and we also know that the TTC is one of the least funded transit systems in North America. We really should be able to afford two-hour fare transfers,” she said. “We’re not asking for too much.”

Rosanna Agostino, manager of customer service at York Regional Transit/VIVA, says the feedback from transit riders about their service has been positive.

“With the one fare, people can hop on, they can pick something up, go grocery shopping and then get back on our service for the one fare,” she said. “You can pick up a coffee or drop into a Shoppers Drug Mart or grocery store and return back to your origin in two hours and customers find it very beneficial.”

Agostino says travelling using Presto is even easier because the transfer is simply placed electronically on the card.

Later this year, Ross says, TTC staff will be recommending to the board, once again, through a document on ridership growth to introduce the time-based transfer to boost ridership.

“These are decisions that would ultimately have to be made at policy level, at the board for example, or at city council,” he said. 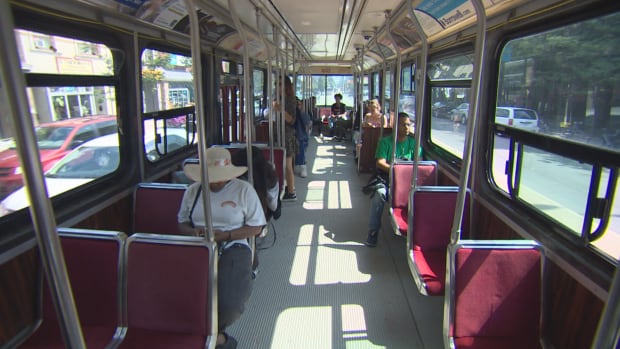