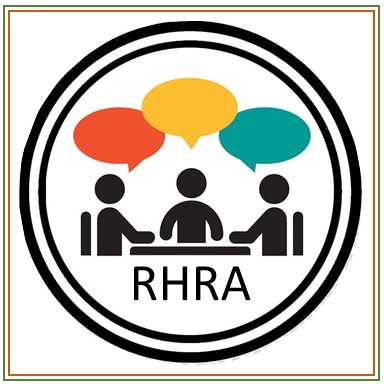 Councillor Bailão reported that the City is focused on its plan for the rollout of the COVID vaccine for the general public. The plan must be in place by April 1. There will be several vaccination locations across Toronto. While vaccination has already begun in the city, she says delays in the supply will likely mean Toronto will not receive any new vaccine shipments until February.

She says most City services have been disrupted by the pandemic. Many staff have been redeployed to the COVID effort, but are slowly coming back to their regular jobs. Members of the councillor’s office are all working from home. Despite the problems, several park and road improvement projects in the ward have gone ahead.

Brigid Higgins reported that the she, her husband Peter Love and daughter Rebeccah Love, along with John, recorded a video reading of The Gift of the Magi, which was published on the RHRA website. The page also featured a link to a CBC reading of Zlateh the Goat, and video greetings from several people in the neighbourhood. She called it a good trial run and worth doing again, in addition to the usual Carol Sing.

Peter Norman reported that the feature seemed to be well received. He suggested more outreach next time to boost participation.

The executive concluded that we will try doing it again next year. Brigid says she hopes to make it even more inclusive. We could consider asking local actors to get involved and perhaps hold a public event associated with the project.

Peter reported that he put together a tentative schedule for RHRA events for 2021. It is on the website at regalheights.ca/2021-events It also serves as a portal to agendas and minutes of RHRA meetings.

Many of the events may not happen (or may not happen in person) because of restrictions during the pandemic. Peter suggested we consider organizing a mid-winter fun event online. He says some events may still be possible as a virtual events.

Mary Anne Quance suggested that we continue to have a Zoom connection to our executive meetings even after the pandemic is over, to make it easier for anyone in the community to attend. The executive agreed, with details to be worked out later.

We welcome suggestions for new events during the year. Send your feedback to rhra@regalheights.ca

John Keating called for anyone interested to become recording secretary. All that is involved is to take notes during each executive or public meeting and write up the minutes. There are eight meetings a year.

Until then, executive members will take turns writing up the minutes.

Peter reported that there has not been very much communications activity since the Christmas break. He will continue to update the website and deal with emailed requests as they come in.

John reported that the RHRA, along with the Northcliffe Village Residents’ Association, the Regal Heights Village BIA and St. Chad’s Anglican Church have requested a traffic study that would cover a large area north and south of St. Clair Ave. West. The study would determine how to control growing traffic volumes while minimizing new problems on residential street.

Councillor Bailão said all projects involving traffic counts have been on hold since March because traffic counts are different during the pandemic and there is a staff shortage. However, she will organize a meeting with all interested parties and staff to determine the parameters of the study, including the size of the study area. That meeting is expected on February 8.

The City has created a unit to handle such studies, but it does only one study per ward at a time, so it may take some time.

Councillor Bailão reported that she and Councillor Josh Matlow have created a special traffic management “hub” for the area close to Winona and St. Clair to deal with the intensive construction activities there. It is working with developers and local residents and includes a transportation coordinator to handle traffic issues in the immediate area.

Councillor Bailão reported that the City had received money for infrastructure improvements under Section 45 of the Planning Act from the developers of the LCBO site on St. Clair. The City will use the money to improve Charles Brereton Park on Oakwood Ave., three blocks south of Rogers Rd.

Councillor Bailão reported that the new traffic light at Oakwood and Rosemount is scheduled to be in operation sometime in February. She promised monitoring and evaluation of the light’s impact of, once it is in operation.

John and Peter reported that they were invited to meet with the new Corso Italia Residents Group, located west of Dufferin St., to give advice on how to set up and run the group. The RHRA looks forward working with the new group on issues of mutual interest.

Councillor Bailão said many residents’ associations form around a particular issue, then fall apart once the issue is resolved. It was suggested that organizing community events is what helps an association have longevity.

Harry Lay reminded us of Rosa’s report in our October meeting that there is an email service, available at crimepoint.info which sends notifications about crimes in any area of the city. However, he cautions that the figures are given without context and may create the perception crime is worse than it really is. Peter reminded the group that in October we decided as an executive to not circulate the Crimepoint data in raw form, for that reason.

Richard Cavanaugh reported that a plan to remove invasive trees and cut back other trees on Daffodil Hill, south of Regal Road School, did not go ahead in the fall because of the pandemic.

He will try to arrange a date for the project in the spring.

Councillor Bailão noted that the city of Toronto is expected to grow by 450,000 people in the next 20 years. The City is responding by looking at ways to increase the “missing middle” – housing that falls between single and semi-detached homes and high-density apartment buildings, and can make effective use of existing infrastructure. This includes initiatives such as laneway housing in residential areas and low-rise walk-up apartments on larger roads such as Islington.

The City is changing regulations and removing red tape to make such developments easier to build. The City is now in a two-year project to rethink development charges and variances from the Official Plan. But she noted that many residents are opposed to increased density in their own areas.

Peter noted that statistics show despite perceptions to the contrary, about 50% of Regal Heights is made up individuals and families who are renters. Many of what appear to be single-family homes actually have legal apartments in them.

The executive agreed that the RHRA needs to find new ways of attracting more renters to get involved in the association.

She also thanked the councillor for the recent playground enhancements at the Bristol Avenue Parkette at Bristol Ave. north of Geary. She says the park is beautiful and well used.

Next meeting: Tuesday February 16, 7 pm, Details of format to be determined

As of February 2021, Lots of New Activity on the COA Tracker, including projects underway at 15 Highview, 1150 Davenport, 98 Winona and 1144 Davenport. Click the COA badge above to visit the tracker page.