Regal Heights is about to get four new decorative street signs that recognize the importance Garrison Creek in the community.

Councillor Cesar Palacio generously offered to support the project. In the coming months, signs similar to the one shown in the concept drawing will be installed at the following intersections:

The western branch of Garrison Creek once flowed through at a point very close to each of these intersections. A special street sign will also be installed at Clovis John Brooks Lane, which runs off Glenholme, just metres west of the former creek bank.

Garrison Creek once flowed through the Bartholomew Bull farm all the way down to the Fort York Garrison on Lake Ontario. It was filled in during the late 1800s, but you can still see its influence in the path of Springmount Ave. with its unusual S-bend. The creek is now in a sewer beneath the street.

The RHRA wishes to thank Councillor Palacio for his support and Edith Matay-Swann at the City of Toronto for the design. 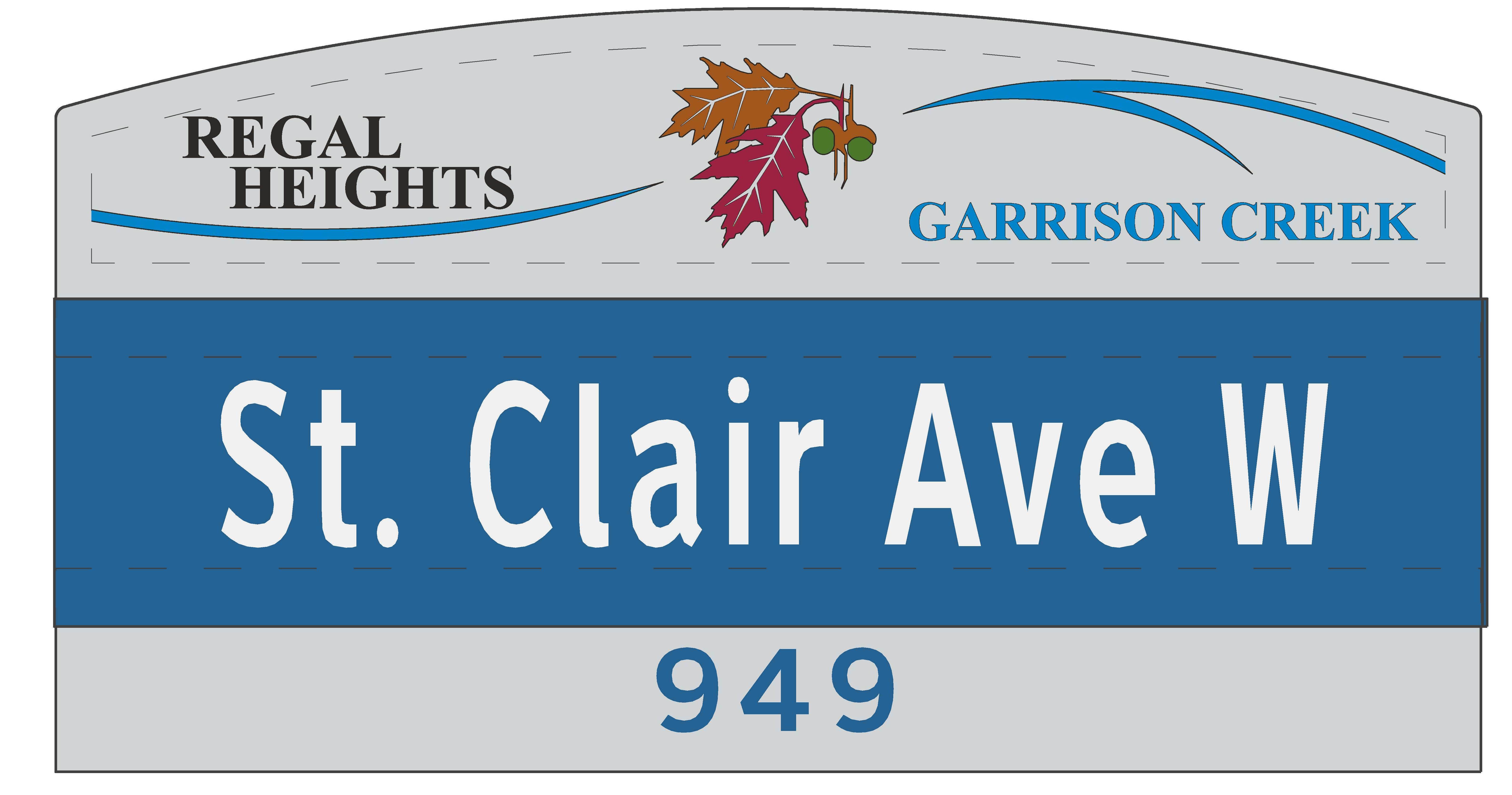